Before the advent of antibiotics around the 1940s, tuberculosis was one of the deadliest killers in the world. Millions of people worldwide succumbed to the disease annually and the only solution to treatment involved sanatoriums or special hospitals in rural areas providing patients with proper nutrition ,”clean air” and a chance to rest.

The notion to use Christmas seals in the fight against tuberculosis began in Denmark in 1904.The idea came from a young Danish postal clerk called Einar Holbøll. He took the initiative to add an extra charitable stamp on mailed holiday greetings during Christmas. Immediately Denmark became inspired to create “Christmas seals” likewise to help children with tuberculosis (TB).So following approval,  the world’s first Christmas seal was issued, and bore the likeness of the Danish Queen (Louise of Hesse-Kassel) and the word Julen (Christmas). Stamps were sold for a penny each and over 4 million of the stickers were sold. With the proceeds and funds from the preliminary Christmas seal campaign, the Danes built two hospitals for treatment of children. This was a turning point in the world history of public health.

It was the beginning of the movement to get ordinary citizens to contribute in combatting an infectious disease, one which at that time was the number one cause of death, surpassing even wars and famines. 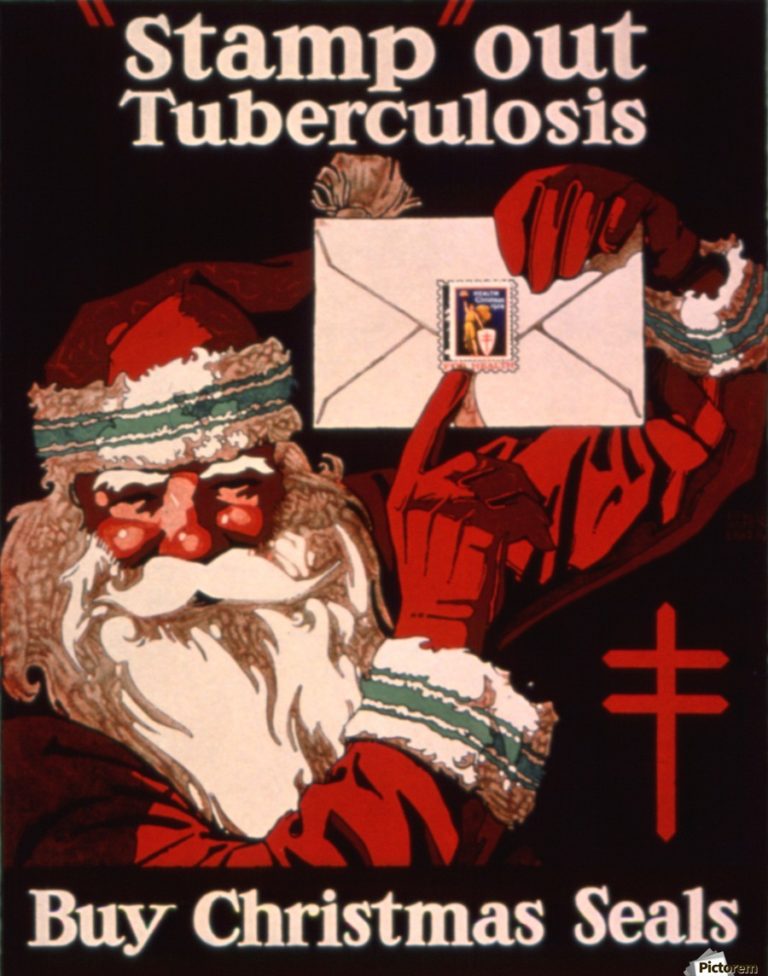 Soon after the first Christmas seals were issued in Denmark, Sweden and Iceland followed in its footsteps. Seals were introduced throughout Scandinavia and every major country in Europe, even reaching globally to America, Australia and Canada.They are still majorly popular today with the sole aim of raising money for a charitable cause. The majority of all TB seals since then were issued at Christmas time and included the international symbol against TB, the double barred Cross of Lorraine.

At first, money raised was used for the new and badly needed sanatoria. When these were established, Christmas seal funds were collected to help TB prevention. The seals have paid for millions to have chest X-ray or tuberculin tests. As a result, thousands of TB cases were discovered before disease spread to others.Though the focus of the campaign has shifted from tuberculosis to other charitable causes ( for example other lung diseases, asthmas and child welfare) .Moreover, the greeting inscribed on the seal no longer says “Merry Christmas” but “Season’s Greetings,” yet the ultimate aim of the campaign remains the same— to incite compassion and help for those who are afflicted. 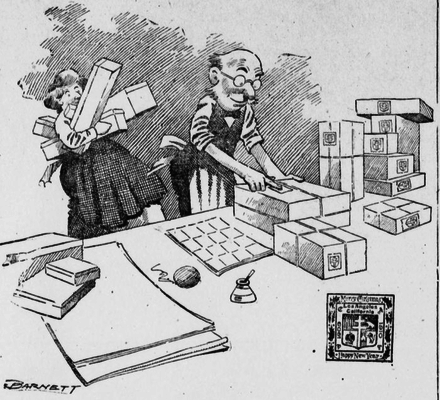 Newspaper cartoon of a man placing Christmas seals on a package while a woman brings more gifts. Facsimile of a Los Angeles, California, stamp is in the lower right corner. Original caption read: “Help Fight the White Plague.” 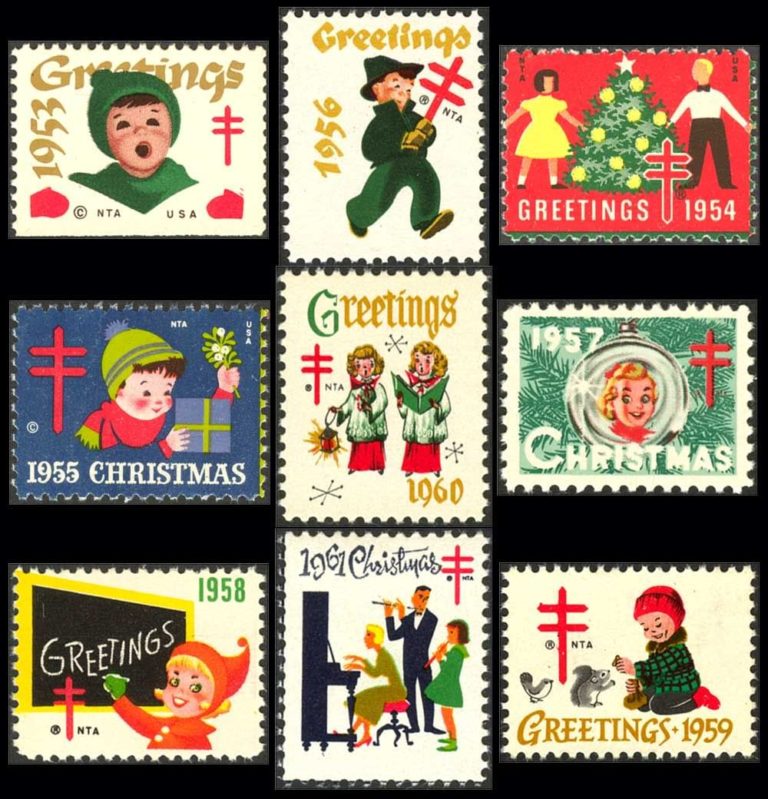