How can we use art to communicate science?

From the discovery of penicillin, to the successful eradication of smallpox our lives have become redefined by the modern reality of scientific revolution. In the 21st century , many are open to debating political and humanitarian issues. However,  if in a conversation , I decide to spontaneously mention a fascinating scientific fact  about say bacteria-eating viruses ,  Its like the decibel of excitement instantaneously drops making conversation feel less engaging or worse – less important.

Of course I don’t speak in reference to the life science experts or particularly PhD students in the field – who prefer not to talk outside their field of research, especially if their supervisor is eyeing them down from a beer-toss away. Jokes apart, non-scientists should feel culturally accessible to their scientific counterparts and refrain from being segregated as a completely separate entity.

Why can’t science appeal to the modern non-specialist public? Or is it that it does and we just can’t communicate it well?

Many scientific experts have resorted to writing books, and articles to inform the non-specialist bibliophiles of the generation . I have the predilection for using art .Science is much like art in that it speaks creativity .With a micropipette as a paintbrush , and a cell culture for a medium  – you challenge central dogma and test corners of the world that lack colour or visible evidence.

The culture of creative expression through visual depiction is deep-rooted within the fabric of our society. In accordance with western society’s progression of art from the traditional and religious to more contemporary forms of expression , the artistic ideals of the eastern world are following in its footsteps.

A striking example is the indigenous tribal art forms of India which were initially recognised for illustrating mythological tales and religious beliefs of Hinduism ; these paintings behave as a vehicle for communication within the community – driving insight into distinctive cultural practices of the village that bring a sort of spiritual meaning to daily life.

Though most artists are well rooted within their rural villages, and hold strong religious values , many have broken away from the norm of mass producing the same mythological themes. They have observed and drawn insightful perspectives on urban living and modern reality. Present day events and socio-political issues are being brought to life through these distinctive and aesthetic forms and traditions.

Patachitra or “Patua” , a folk art native to the region of west Bengal , is one of the first forms of ethnographic art  to juxtapose mythological figures and contemporary articles in one frame, in order to emphasize the global implications of current major events. 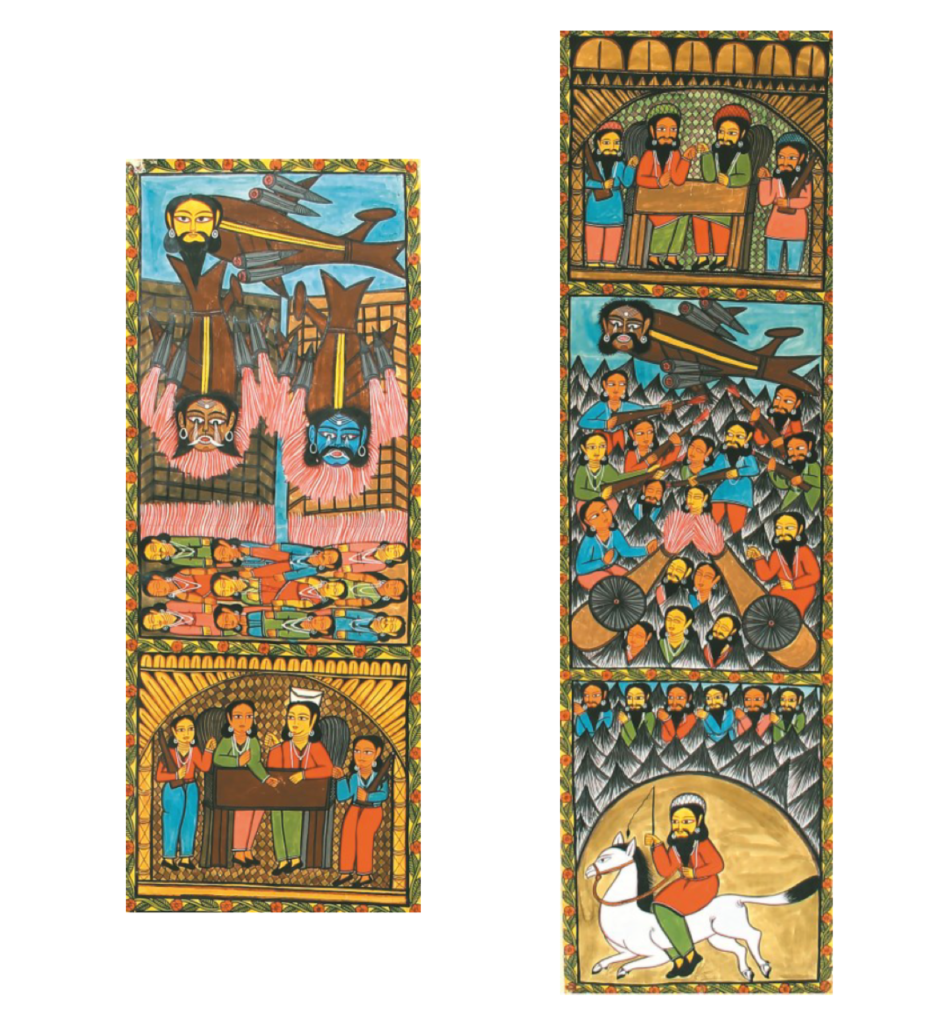 This Kalighat style Patua ( an ilk of patua done by artists who settled in the vicinity of the famed kali temple of Kalighat ,Kolkata) depicts the horrors of the infamous Nirbhaya Rape attack which took place in New Delhi, 2012. 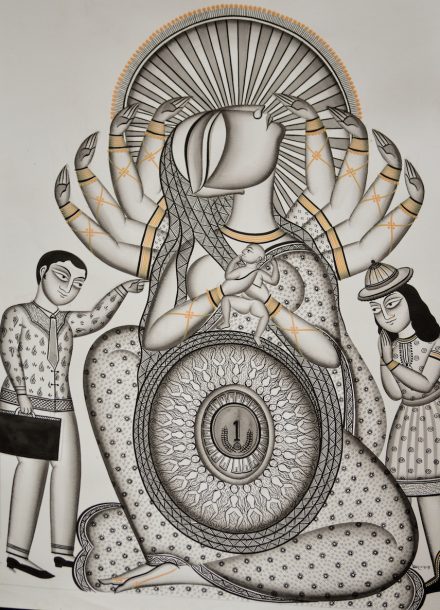 Anwar Chitrakar's 'Surrogate Motherhood', painted in the Kalighat style, portrays the surrogate mother as the goddess "Durga". Her agony of giving up the newborn is illustrated through her posture.

Through these works, we see the magnificent portrayal of current events through simple tools made from old scrap material and crushed plant colours. Could we do the same for scientific research? Should we take Hindu centric folk art like Patachitra to portray the impact of scientific discoveries and devastation of worldwide epidemics? Can we use mythological icons to personify and encapsulate the significance of the big bang and Darwinian evolution? Maybe, a little painting or rather a bit of experimentation is well called for I’d say.